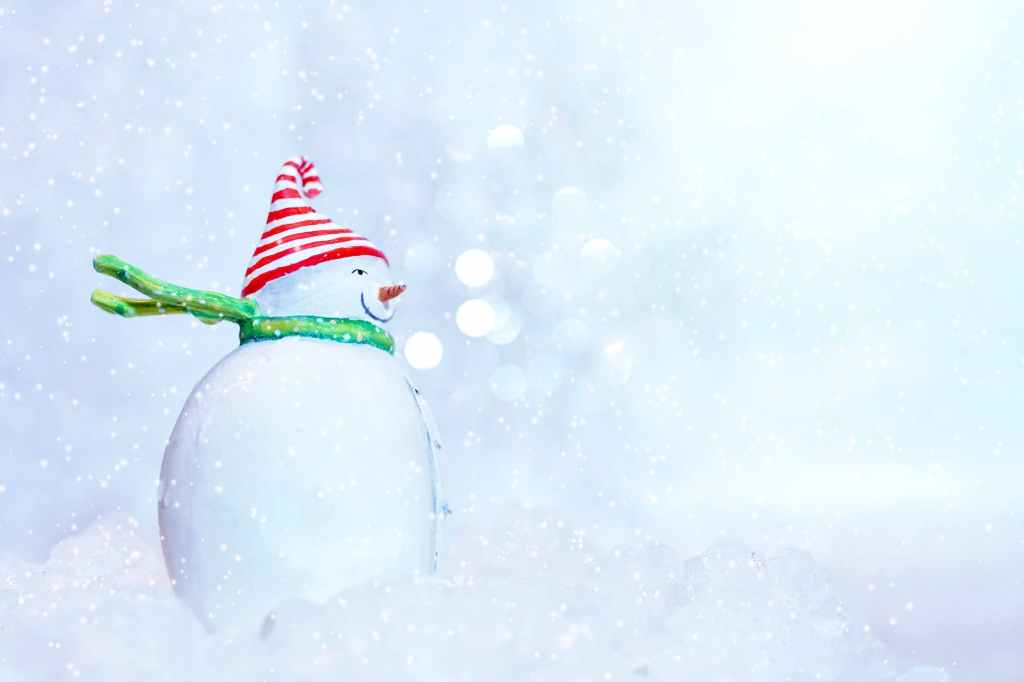 As I gazed at a rather large empty space on our smaller Christmas tree, inspiration struck. And that’s pretty odd because I normally can’t think of ideas on my own for crafts. But there it was — a fully formed idea of what I needed to do to fill that spot.

What Materials I Used

Of course, the snowman can be decorated with whatever materials are to hand: I found a jar of extra buttons belonging to clothing I probably no longer own. They were mismatched — so much the better (as long as they’re the same size). I even picked up some sticks for the arms since I have an ample supply of those — I later opted not to use them.

I had to go to Dollar Tree for the felt and pom poms for the scarf and hat. Believe me when I say that you can’t expect to pop in there quickly the weekend before Christmas.

Now, I didn’t think about typing up a tutorial at the time I made these, so I don’t have photos of every step. But here I go …

How I Made It

1. After covering the kitchen table with craft paper, I grabbed a foam brush, squirted a dollop of paint on each lid, and started spreading. (Craft paint does not adhere well to these lids, by the way.)

2. I allowed the first coat to dry for a few hours, then applied a second coat of paint. Because it didn’t adhere well, some of the silver showed through even after the second coat. But I liked the look. My main goal was to ensure the branding on the lids was completely covered up.

3. When the second coat of paint was dry, I used the fine-tipped paint brush to paint on a carrot nose and the permanent marker to draw eyes and a smile.

4. When the nose was dry, I sealed everything with a coat of Mod Podge. I hope this helps prevent the paint from flaking off. I added the buttons just after I brushed on the Mod Podge — they stuck, for the most part. I had to hot glue one button later on.

5. While waiting for the Mod Podge to dry (roughly 30 minutes), I started cutting the scarves and hat shapes out of the piece of felt. I did it freehand, though in hindsight, the hats could have been cut a little wider.

6. Once the Mod Podge was dry, it was time to hot glue. (And give myself a couple of blisters, apparently.) I glued the heads to the bodies. Then I folded up the piece of felt I cut for each scarf to give it some thickness, using a little hot glue to hold the folds in place. I glued a scarf on each snowman (and snipped some fringes on the end), followed by the hat. The final touches were the band at the bottom of the hat and the pom pom on top.

7. Once the three snowmen were assembled and the hot glue was dry, I glued a length of cooking twine to the back of one to hang on the tree. The two remaining snowmen had bamboo skewers glued on the back so they could be used as plant stakes. Even houseplants need a festive touch this time of year!

Since I burned myself with the hot glue, I decided the snowmen didn’t need arms. I just wanted to be done. HAHA.